Time to Stop this Yearly Crime in the Name of Faith!

Attukal temple in Trivandrum, Kerala has again become the cynosure of all eyes now. The temple festival has started last week and devoted women all around the world has gone into a fasting mode. This temple is referred to sometimes as the ‘Lady’s Sabarimala’ erroneously. While women of certain age groups are banned near Sabarimala, men of every age group throng around Attukal Temple during “Pongala.” So, hardly akin to Sabarimala! But what about children? Can we call it Boy’s Prison Cell?
Little girls are decked up and made to wear a crown, carry a with lit lamp and other things and just paraded around. Harmless! But for 1000 odd boys, it’s torture time in Attukal now. Parents conspire with temple authorities to put their children through rigorous mental and physical abuse for five days where boys from the age of 5 to 12 are made to wear just a loin cloth, submerge in cold water thrice daily, eat measly morsels squatting on the floor and sleep on the bare temple ground. Yes, recite mantras and obey blindly their leaders too. They are not allowed to see their parents during this time.
And on the final day, each of them will be decked up with yellow cloths, garlands, jewellery and make up on face including lipstick and made to stand in a queue for their last unexpected torture. An iron hook, tiny though it is, will be pierced into their skin on their flanks. They scream. Blood comes out. A thread will be symbolically knotted through the hooks to symbolise their bond with divinity. Then hooks are pulled out and ash roughly applied on the wounds! All this for temple deity! Parents may feel relieved that their boys will now grow up to be disciplined kids and do well in their studies. Will the kids too feel the same? And how will our dear Attukal Amma be feeling?
Most of the boys will not be informed about any of these tortures when parents take them from home to the temple.  Causing physical and mental pain to children are offences under sections 89, 319, 320, 349, 350, 351 of Indian Penal Code. The Juvenile Justice Act and the Child Welfare Commission Act penalises it. Who will complain? Parents will not, those who see it will not since they have no locus standi. Will a child complain? How will he even know that a crime has been committed on him? And I found everyone with whom I talked knew about this torture on children, but did or are planning to do nothing!
This has been going on for decades! At this temple there were animal sacrifices long back, it seems. In the beautiful coffee table Book of my friend Lekshmy Rajeev, “Attukal Amma- the goddess of millions”, there is mention that this crude practice is still followed in the temple because the authorities believe that “Devi likes blood!” God, who decides what Devi’s likes and dislikes are?
Animal sacrifices exist even now in temples in North India. Guwahati’s Kamaakhya temple has goats of all age tied up in the temple premises. At 12 noon, one poor trembling creature is brought to the sacrificial altar and its neck is chopped off with an axe. Blood spills around. The meat is then cooked and given as ‘prasad’! I remember the look on those poor goats’s faces.
As a devotee of Attukal Amma, I used to offer pongala since the age of 10, whenever possible. As a 22 year old Post Graduate I prayed once to Attukal Amma, “Please let me get through the Civil Services Exams which I plan to write. I will offer you 3 special pongalas for this blessing.” And I did it with fervour and belief for 3 years. And after my third pongala, I got into IPS clearing the exams! All my pongalas after that were 'thank you' ones. I foolishly thought that I bribed the Bhagawathy! All those times, I had seen these poor boys  and deeply sympathised with them.
Last year, the son of my personal security officer was one of the so called soldiers of the Amma at Attukal. He was looking miserable each time I saw him in the crowd of boys. All the boys in wet loin cloths bore the same look of the sacrificial goats of Kamakhya. “Poor thing, why did you do this against his wish?” I asked the boy’s father. “Madam, I didn’t tell him about the piercing on the last day. If he knew that he would have run off from home.” He replied. It came as a shock to me. I never knew till then that these poor boys will actually be pierced with a hook. I just thought there will be some symbolic tying up of thread around their waists. All these years I had not seen any picture in the media of boys being pierced. I had read no reports in any newspapers about it either.
“It’s the same as Garudan Thookkam, where the man’s sides are pierced,” said a friend when I shared my shock with him. “It’s not,” I replied. “An adult can choose his torture in his religious belief, but a child won’t and can’t. It is a crime if it is done on a child for whatever reasons.” He kept mum. Of course, if he says something it may hurt religious sentiments.
A crime is about to happen on hapless kid, the piercing will take place this year on March 2nd evening. I have been requesting people to stop it ever since I knew about this weird custom. Will it have any effect? I am not offering pongala this year. Unless there will be a divine intervention to stop this from happening.  This time at least, I pray Attukal Amma to save her boy soldiers from getting physically hurt in Her name! 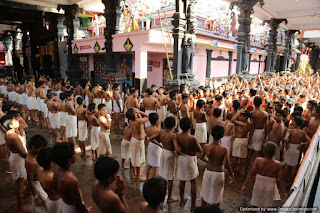 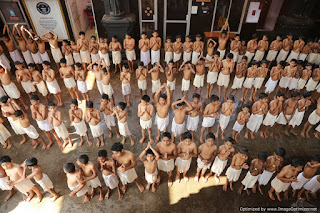 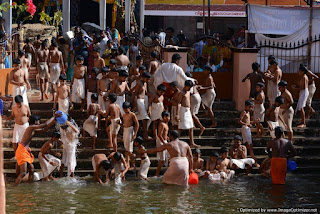 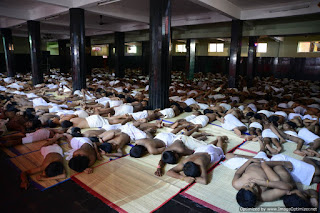 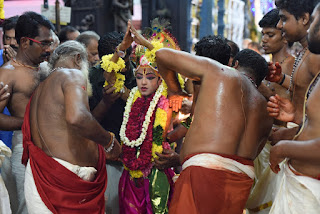 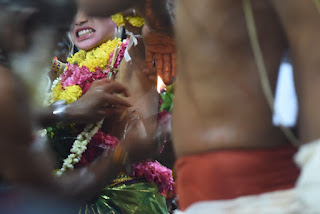 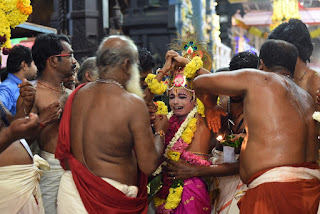 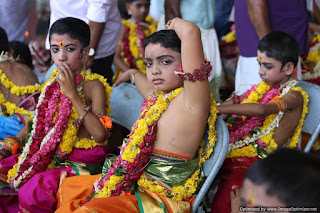